How I Survived Cancer, and Baldness: Pt 1 Posted by Michele Nachum on September 1, 2020 in
Shares

In June 2017, I was diagnosed with Hodgkin’s Lymphoma – stage 2A – which is very early stage. The good news was that it was Hodgkin’s Lymphoma, which has a phenomenal survival rate for patients in early stages like me: 90-percent. That said, despite the cure rate, the treatment to get rid of lymphoma is rough and includes a cocktail of four to five very harsh chemotherapy drugs that are pumped into your veins over a five-hour period, every two weeks or so for nearly six months.

And the one side chemo effect that scared me the most – going bald! I remember thinking, perhaps the doctor will let me do radiation instead of chemo, as I saw that was sometimes a treatment option.

Baldness freaked me out.  Never mind the other chemo side effects like nausea and low white blood cell count (which lowers your immune system so you can get very sick). It was the impending loss of hair that sent me into a tailspin. And it was not just my hair on my head I would lose, but my eyelashes and eyebrows as well.  And EVERYWHERE else!

You see, being a redhead, it took me years to cultivate my hair, my pride and joy.  As a kid I was awkward and pale with frizzy red hair and often teased by others.  When I became a teenager in the late 80s, I layered it for maximum “awesomeness” and then spent decades trying to grow out my 80s and 90s layers – finally getting it to perfection in 2017.

And then my oncologist calmly told me the news:  I would have to endure chemo and that radiation as the primary treatment, was not an option.  So, upshot: I realized with a rush of panic and extreme sadness, that I was going to lose my hair.

Now to prepare myself and my family – such as my 9 year old son.  (His response to my impending baldness?  Gross!)

Vanity as an Attribute

I suppose we are all vain to a certain extent and while we may not like to admit we care about our appearance when there is a life-threatening illness looming over us, the fact is, many of us do.  While vanity may not be such a great attribute, the fact is, in small doses, vanity can help, because anytime you “care,” it means you fight that much harder.

As such, I fought to make sure that I never “looked” like a patient and every day, no matter how bad I felt, I would always put on some light make-up along with “nice” casual clothes (jeans) and a nice t-shirt or blouse.   Taking these small steps meant I was focused on aspects of myself that had nothing to do with the cells growing out of control in my chest and neck.

Also, being a mom of a young son, it was important to put on a good face! This is me in November 2019 – over a year since my Stem Cell Transplant – feeling healthy and normal and ready to enjoy life again!

So How Does One Prepare for Baldness?

When I was diagnosed with cancer, I immediately joined a support group called “Mommies with Cancer” and met some wonderful women who would help me through the process. As such, I learned you can take a few different approaches:

For those who are adamant about keeping their hair, the chemo cap, as it is known sometimes, which looks like a space helmet but is nearer to a Medieval torture device, is one way to keep “most of your hair”.  It has been proven to prevent hair loss, with varying results. Basically, a very “cold cap” is placed on your head while chemo is being delivered. The people I knew who chose the chemo cap, kept most of their hair. Some ended up with strange bald spots. I thought about doing it of course, but insurance doesn’t always cover it, so it can be an extra expense. Also, getting chemo can make you quite nauseas, so having a “freezing” cap on my head when I am already feeling horrible didn’t sound all that wonderful.

A few of the women I met in my support group decided to take their fate into their own hands and shaved off all their hair before they even started chemo. I very much admired this because frankly, I was too scared to do this.

While bald can be beautiful, it is also good practice to shield your bald head when out in the sun in order to prevent sunburns. Some chemotherapy medicines can make your skin ultra-sensitive to light so it’s good to “own” the bald look while indoors only.

I am a happy medium sort of gal and decided to take the gradual approach.  So, after two chemo sessions, as I noticed my hair starting to fall out, I got what is call “the stage one pixie cut.”

Being a redhead with very thick hair, it took nearly 4 months for me to go truly bald and by the time it happened I learned what everyone else learns, going bald is not a big deal. But it is the anticipation that can really get to you!

Eyelashes and “Other” Areas

As I said before, I continued to wear makeup even during the chemo treatments. My make-up regime was simple and included some light eyebrow pencil and mascara.

One day, when applying the mascara, I realized I was missing several lashes. While my brows thinned out a bit, the lashes fell out gradually and it was very weird as I had two lashes on each side of my lids and nothing in the middle.

At the time of my treatment, I was consulting for GladGirl, which gave me access to plenty of excellent eyelash products!  Realizing I was missing eyelashes, I wanted very much to look good when I went out, so I opted for strip lashes from time to time.  This is doable but please, if you are in treatment, tell you doctor about it first.  You see chemo can wipe out your immune system, so any type of makeup, from nail polish to eyelash strip glue, can have varying effects on people with compromised immune systems.

My doctor told me that as long as I had SOME immune system, I could do wear strip lashes once in a while.  I was very careful to use the hypoallergenic glue when applying Glad Girl strip lashes.  When I took off the lashes, I always cleaned with Wash and Wink Conditioner.

It was such a relief to have some make-up I could wear that made me feel completely normal!

Stay tuned for part two of my cancer journey… 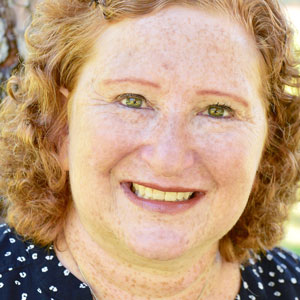 Michele is a communications professional with more than 20 years of experience in public relations, blogging and reporting. In addition to her career, Michele is an active participant with Leukemia and Lymphoma Society and last year was nominated for LLS Woman of the Year in Los Angeles. She is also a mentor for Stem Cell Transplant patients who are undergoing treatment and need advice. Michele has a darling 11-year-old son and a very cute golden doodle doggy and resides in Northridge, California. In her spare time, she loves to hike, sing in amateur choirs and wear lots of GladGirl cosmetic products! 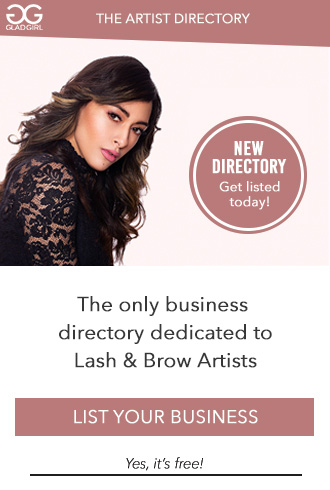 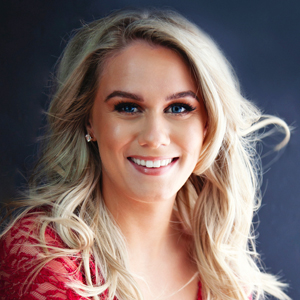 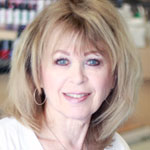